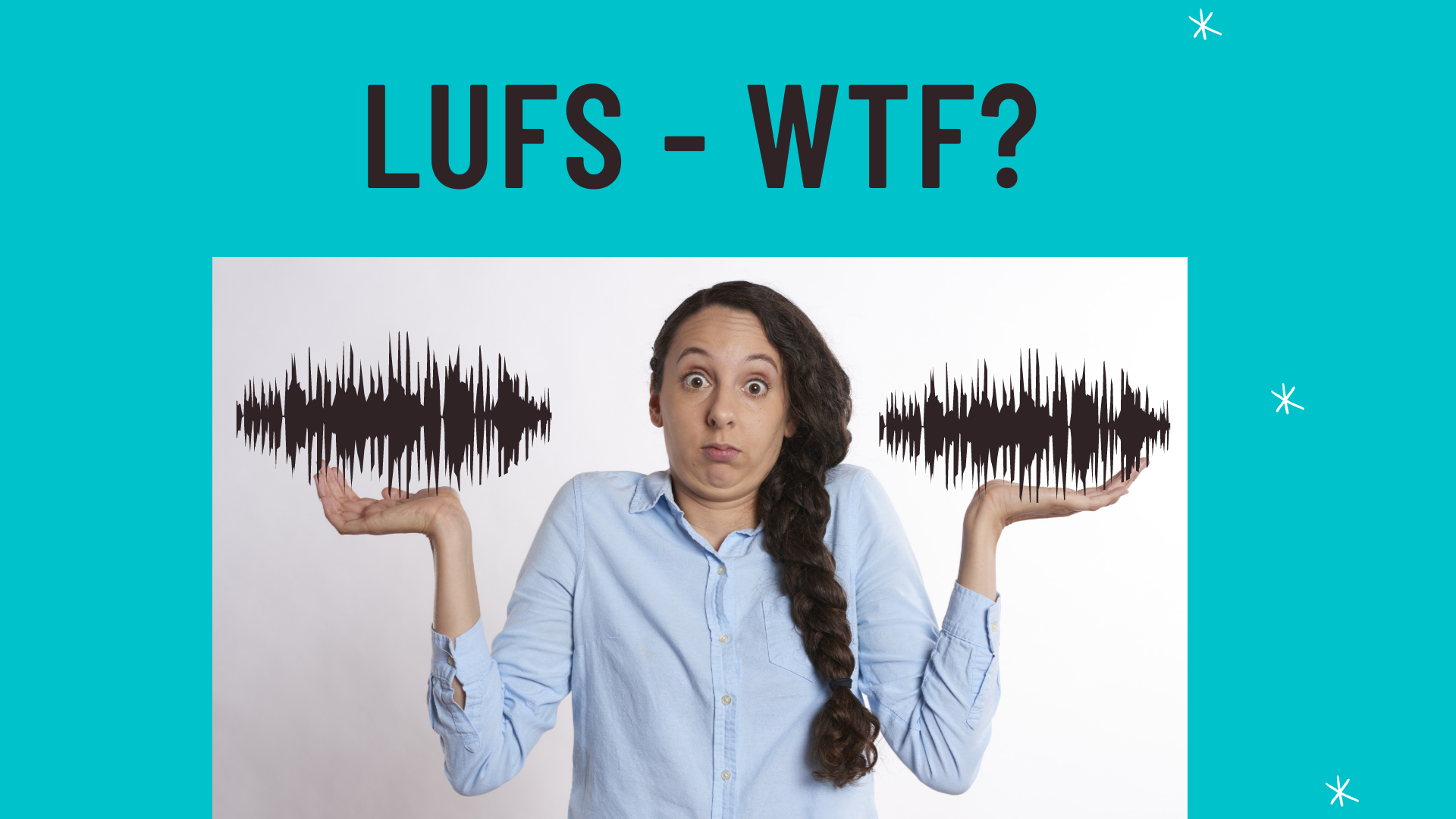 What Is LUFS? Jargon-busting answer:

When artists ask “How loud should my master be”, what they probably mean (technically speaking) is “What LUFS should my master be?”. But understanding the concept behind integrated LUFS vs dB (decibels) is essential, and can be confusing.

What are LUFS in audio? = LUFS stands for Loudness Units relative to Full Scale (or just “Loudness Units/LU”). They are a way of measuring the intrinsic volume of a piece of audio, relative to 0dB which is the absolute loudest signal possible in digital audio – in the same way that a cup can only ever be filled up to 100% full, and no more. You cannot push digital audio beyond 0dB without clipping (like overflowing in our cup example).

A cup with 100ml capacity can only ever hold a maximum of 100ml. The same theory holds in digital audio, where 0dB is the audio measurement equivalent of the maximum capacity of the cup to hold water.

Practically speaking, a LUFS measurement tells you the perceived loudness of a piece of music across a sustained measure of time, and this LUFS measurement is the most accurate reflection of how “fat”, “full” or “hefty” the track will sound compared to similar tracks, when played through the same Soundsystem, at the same volume (without any automatic volume levelling system).

LUFS  are very similar to the more famous dB/decibel. Actually, in practical terms 1dB is the same amount as 1LU. So if you lower the volume of something by -3LUFS, you could also say you reduced it by -3dB.

So what’s the difference between dB and LUFS? Both LUFS and dB can be used to express a measurement of difference between 2 things e.g. “take the vocals down -2dB” (from where they are now), or a fixed volume reference (e.g. “the neighbours registered a noise complaint of 80dB” (compared to the base reading 0dB of the meter at measurement location).

The most important dB vs LUFS difference from a professional audio work perspective is that the dB scale represents how much air pressure a sound will produce over a very short time, and needs to be referenced to another point (which is standard air pressure) to get a measurement.

In contrast, LUFS is a unit of measurement measured from within the audio, relative to the loudest it could possibly be, and measured over a longer time.

Same idea for digital audio measurement: digital audio can only ever go to a maximum point before clipping (the cup overflowing), which is always referenced at 0dB (our full capacity). Both dB and LUFS are measured like this. So a measurement of -5dB means you can raise the volume up another 5dB before the audio clips (the cup runneth over). A measurement of -10LUFS means there’s a limit of another 10LUFS before the audio is the loudest it could ever possibly be (the full cup again). So if dB and LUFS are so similar, where does the difference lie?

Measuring audio using LUFS gives a more accurate picture of the track volume over a longer time (often the entire track is measured and represented). So a whole tracks LUFS measurement takes into account all the quiet sections and loud sections too, rather than just being measured at one specific point like with dB.

LUFS are the best unit we have to measure audio loudness at the moment, but when finishing a master you still need to use your ears rather than trust the numbers blindly, as so many other factors come in to play in perception of the listener, like genre, tempo, instrumentation and vocal styles. Especially if considering tracks across an album.

If you want to read more about why LUFS standard for streaming may not give the results you want in all situations, and more info about LUFS when mastering check out this deeper dive article: How Loud Should My Master Be In 2022? Which covers questions like how many lufs should my master be, Spotify lufs, lufs for Soundcloud, lufs and true peak for Spotify and more.

Category: mixing and mastering
Tags: are lufs and db the same, how are lufs calculated, how are lufs measured, how lufs work, how many lufs should my master be, is lufs the same as db, lufs and db, lufs mastering, lufs meaning, lufs or db, lufs vs dB, what are lufs in audio, what does lufs stand for, what is lufs
Product categories
Search The Site
Products
Loading Comments...